There's many companies out there who can restore or upgrade your T3. And off course, we can help you getting in touch with them.

A special company however who do this restauration is... Volkswagen in Hannover !

Okay, you need to have deep pockets but still, if you got a little cash laying around they will completely rebuild any bus, from T1 to T4...

Here's an article one the "werkstattrestaurierung abteilung" from VW Hannover.

article from www.classicdriver.com by Jan Richter

Joining the band of manufacturers opening official restoration centres, VW now offers a service in Hanover for VW buses of all ages in need of a little ‘magic’. We spent some time at Volkswagen Nutzfahrzeuge to see the work carried out on the famous model known as a ‘Bulli’ in its homeland.
Who would have thought in 1947 that an idea coming from Dutch VW importer Ben Pon (father of Ben Pon Jnr, a well-known privateer racing driving in the 50s and 60s) would prove so successful 65 years later?

Known as the ‘Type 2’ – coming after the ‘Type 1’ Beetle, and to be subsequently abbreviated to ‘T2’, ‘T3’, etc - the transporter made friends from Wolfsburg to Woodstock. Nowadays, the hippies need deep pockets in their kaftans as work on an early ‘Samba’ could cost up to 100,000 euros. 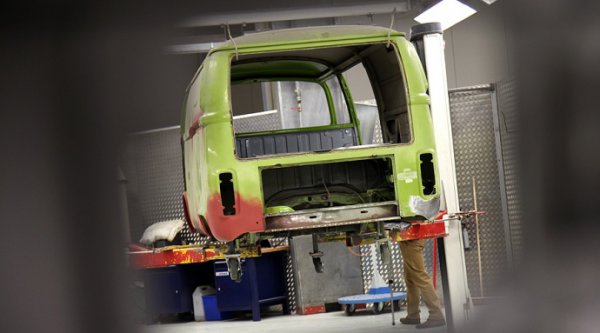 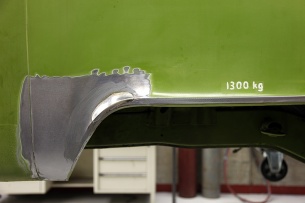 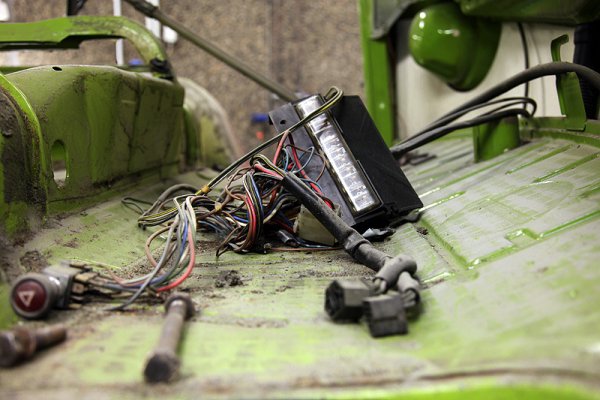 At the Werksrestaurierung facility in Hanover, a little space is dedicated to a ‘Walk of Fame’ similar to that found at the McLaren Technical Centre or Gaydon, where Aston Martin lines up a row of significant older models to inspire its staff. For Harold Schomburg, the man entrusted by VW to market the project, it was an obvious move for the company to make when, in 2007, it decided to set the division up. The fact that he was the proud owner of a T3 camper no doubt made all the difference. In 2007, the 60th anniversary of the Bulli, ‘Volkswagen Vintage Commercial Vehicles’ was founded, and celebrated by a meeting of VW vans at Wolfsburg, Lower Saxony. 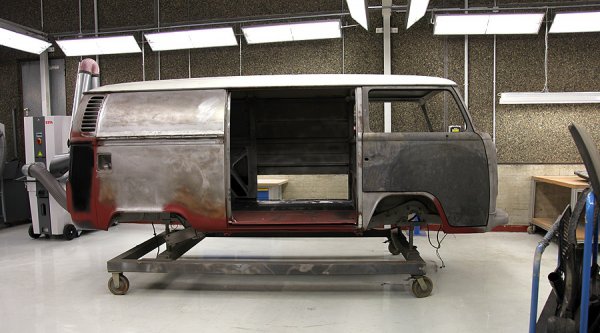 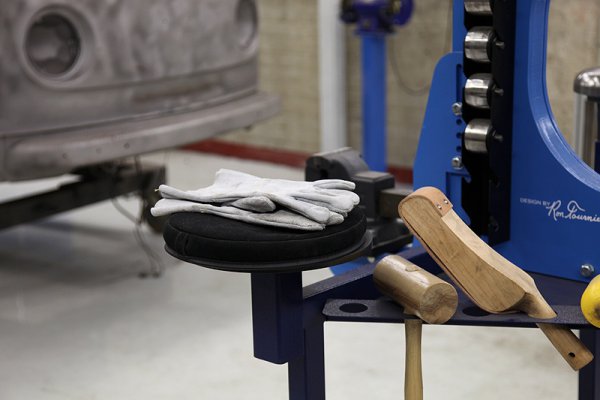 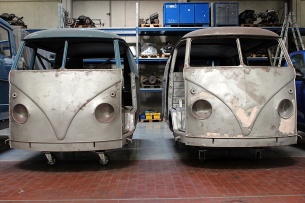 Since those early days, the restoration division has rebuilt over 100 panel vans, flat-beds, Multivans and Campers, from the earliest to the later T4s. And now that extra space has been allocated (7,000 square metres), more commissions can be taken. “We offer customers the best possible restoration service, right here, at factory level,” said Schomburg. “And this will come at a price. Even though our hourly rate is 80 euros, transforming a completely unrestored car to ‘as-new’ will cost at least 100,000 euros,” he added.

But, for that outlay, clients do receive a certificate confirming that all the work has been done to manufacturer standard, using the correct parts and techniques. From a value and resale perspective, this is important. That said, commissions so far are mainly coming from the corporate sector (Coca-Cola, for example) rather than the average surfer dude. For many corporations, such as Coca-Cola, Bosch and Continental, a classic VW van is not only part of their history, it’s also an effective modern marketing tool. 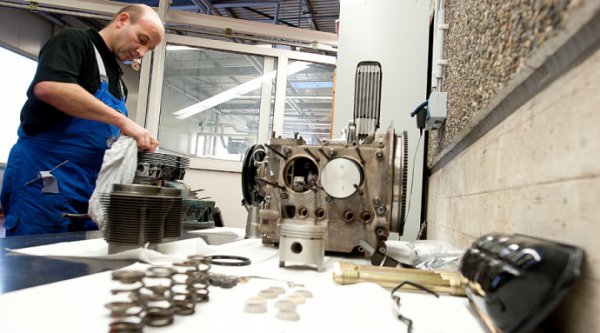 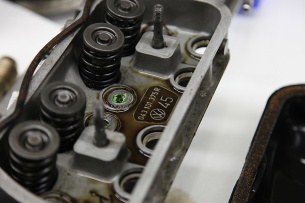 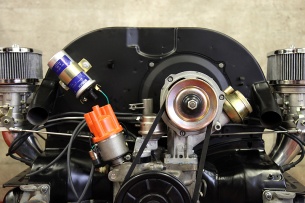 The restoration process takes place in four separate stages. First of all, an inventory of components, both present and required, is achieved by completely disassembling the vehicle, stripping away non-standard parts, layers of paint and poor metalwork.

The bodyshell and chassis are then repaired, primed, undersealed and painted “better than new”. All mechanical parts and interior trim are then assessed and rebuilt, replaced or recommissioned as required. It’s at this stage that customers can choose discreet performance upgrades (anyone followed a VW Bus through the Alps?) or special leather trim with contrasting piping. Many components come from VW’s Classic Parts department and are, of course, available to anyone maintaining their classic VWs at home. 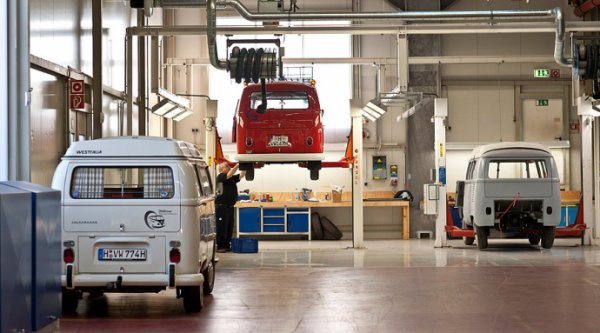 But all Bullis can tell their own stories, and time spent at the VW Werksrestaurierung shop makes you want to know more about the charismatic ‘people’s people carrier’. It’s nice to know that, through the efforts of Harold Schomburg and his colleagues, the heritage of the ‘Bulli’ will be maintained.